(Jan. 13, 2018) St. Moritz is one of the few tracks in the world where Germany traditionally hasn’t ever “dominated”. In the 2018 edition of the IBSF World Cup two-man race there Germany did just that.

Nico Walther came into his second run just .04 behind teammate Francesco Friedrich. Walther was nearly perfect on his second run, setting the track record and putting the pressure on Friedrich. 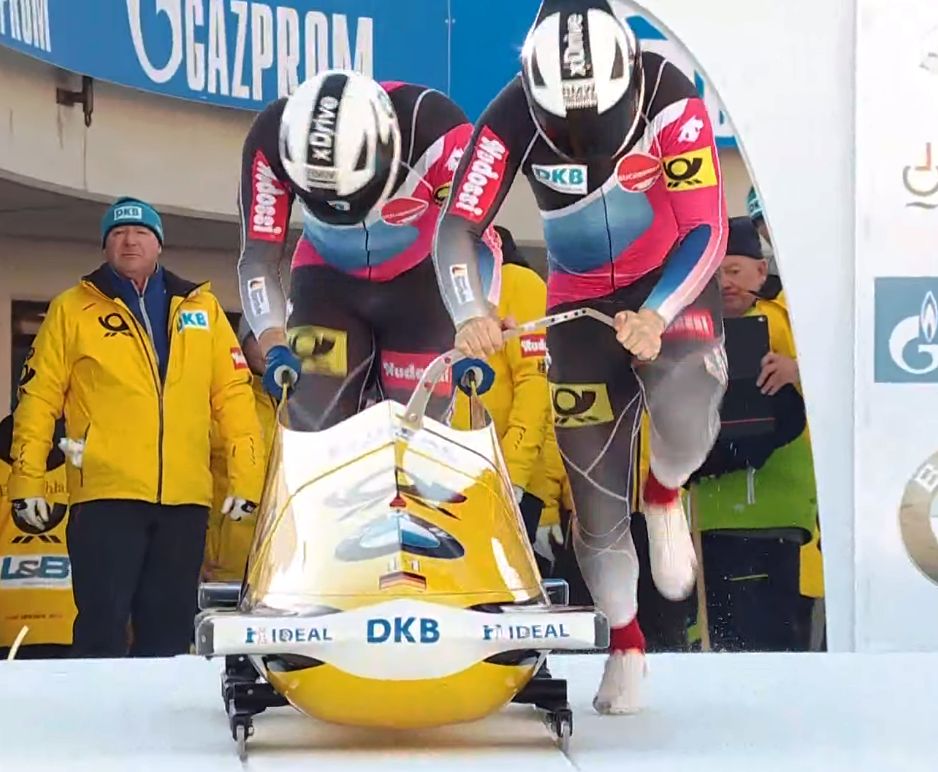 Friedrich looked to be on his way to a gold medal with a great start to his second run. Setting the start record (4.99), Friedrich had a great top half of the track. Below the famous Horseshoe horseshoe curve is where Friedrich ran into trouble. One long skid late into his run scrubbed off a bit of speed, and dropping Friedrich to second overall.

Johannes Lochner finished third behind Walther and Friedrich, rounding out the German sweep.

Canadian Justin Kripps finished fourth, ahead of Russian Alexey Stulnev and Latvian Oskars Kibermanis, who rounded out the top six.

Chris Spring finished seventh and Nick Poloniato tied for eighth to put all three Canadian sleds in the top ten.